Liu yucen (1904-1969), male, formerly known as "Yucheng", later changed to "yucen" and "Yucheng". His Zhai name was "Jue'an" and his nickname was "danhu fish". He was born in Taiping, Anhui Province, and was one of the eight masters of porcelain plate painting in Zhushan. His porcelain painting has a unique style in terms of material selection, composition and color setting, which has absorbed the literati painting style into the field of ceramic art As a whole, ceramic art works stand out from the intricacies of ceramic decoration in the late Qing Dynasty and become interesting, living and innovative works of art. The picture is rigorous, beautiful and beautiful, and the pen of birds is particularly exquisite. The flowers and leaves are sparsely covered with branches, and the dense places are decorated with English. The depth, thickness and dryness of the leaves are vivid and changeable, with lingering charm. The colors are elegant, and the ingenuity can be seen everywhere.

This four piece screen was painted by Liu yucen, one of the eight masters of porcelain painting in Zhushan, China. In the four screens, the four gentlemen "plum", "orchid", "bamboo" and "Chrysanthemum" are respectively used, implying the proud, quiet, firm and light quality of , which is also a cultural symbol of personality. This collection is very exquisite in layout, exquisite in conception, freehand brushwork, delicate in brushwork, fresh and elegant in style. When painting flowers and leaves, it can be patched with thin branches and densely decorated with English. The depth, thickness and dryness of leaves are vivid, changeable and charming. The colors are elegant, and the ingenuity can be seen everywhere. The painting also uses the creation of "water point technique", which directly uses "glass white" to point out the flower image, and then uses the water brush containing pigment to dot and dye the flower image. The color is natural and the color is worn, but it still can't hide the profound skill of calligraphy. In recent years, Liu yucen's porcelain plate paintings have achieved high prices in the auction market. Market collection value. 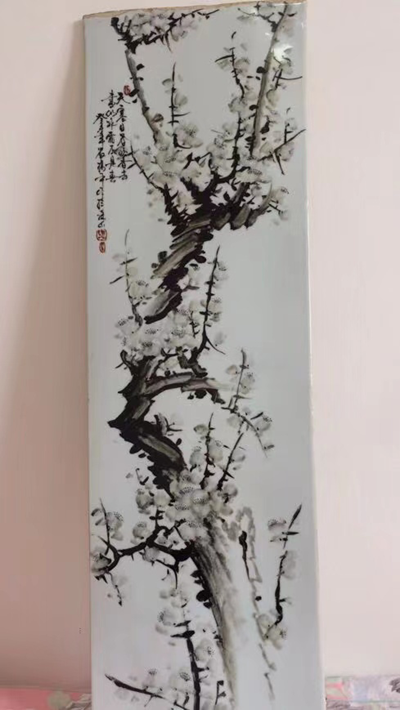 The plum blossoms painted by Liu yucen are fair and brilliant, the glaze color is flying, and the wind spirit is fully displayed. On a closer look, it grows on the cliffs, with red and yellow plum blossoms competing for each other's beauty, and the birds are lifelike and interesting to each other; and the poem "plum blossom is originally a fairy bone, falling on the earth is a strange thing", this porcelain plate painting depicts the plum cutting snow and ice, a proud character. 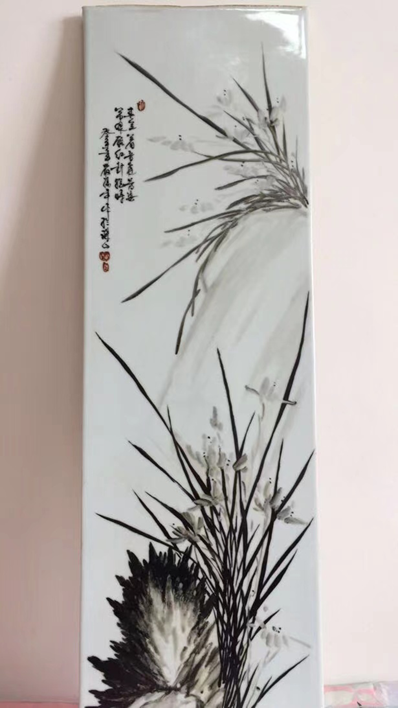 In this porcelain plate painting, the orchid leaves are in a rising posture, but they are not monotonous straight upward, but have twists and turns. This not only shows the flexible posture of the blue leaves swaying in the wind, but also can wrap the air machine in the picture to strengthen its own completeness. In addition, with the ornamentation of birds, the work is full of vitality and vitality, containing strong vitality, and also shows that The fragrance of the orchid's empty valley is fragrant and self admiring. 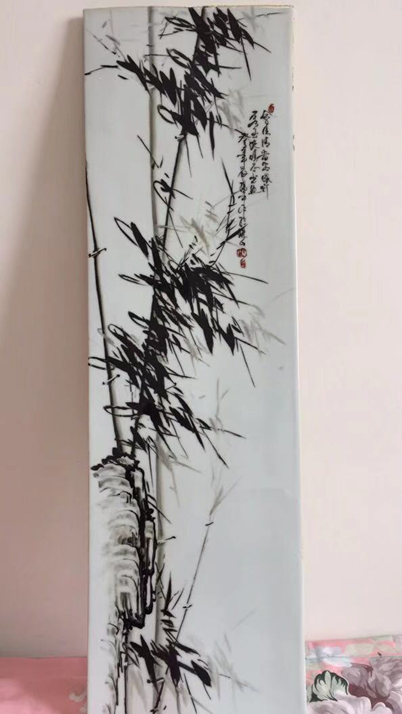 The bamboo in this porcelain plate painting is long and slender, graceful and charming. The bamboo leaves are beautiful and elegant, not monotonous, giving people vitality. With the accompaniment and ornamentation of mountain flowers and birds, the whole porcelain plate picture is elegant and romantic, giving people a strong and fearless beauty. In the poem "bamboo and stone" written by Zheng Xie, a poet of the Qing Dynasty, the poem "the green mountain is not relaxed, and the root is in the broken rock", which is exactly the bamboo's unyielding spirit. 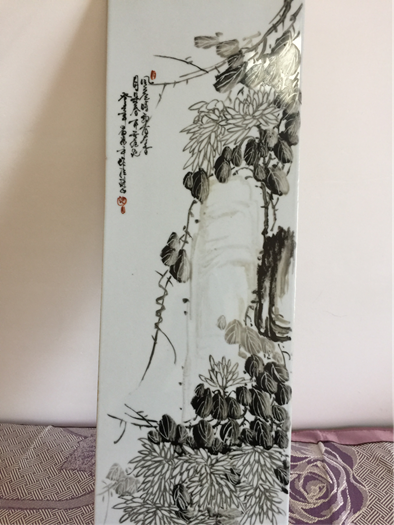 Chrysanthemum flower head through thick and light halo dyeing, showing the three-dimensional sense of flower head, increasing the realistic visual effect. Leaves embellishment fresh and refined, scattered, colorful, showing a rich atmosphere. The poem "the moon blossoms at dusk is not gorgeous, and the wind stems are moving with strange fragrance" also shows that the chrysanthemum is frost free and does not tend to be inflamed.